happy birthday to d'argyle's manz!
may she enjoy a damn good cup of coffee today.
black as midnight on a moonless night
(with a splash of soy, of course!) 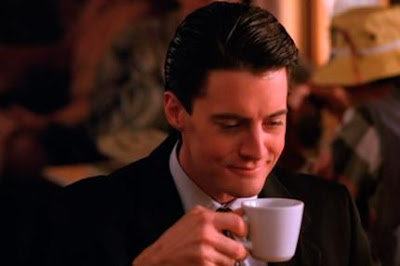 the ann arbor art fair has left the city after four days. i did walk around for the first time in a long time, but i was busy looking for shots for the film while there. "where is the art on a stick?" was uttered a few times. ball of lust- a journey of love starred a kickball and a pair of cleats that were destined to find love amidst the art fair. it won the "most romantic" award and some sea monkeys at the mini film festival.

after crazy editing and other suchness, i and some brave souls hit the shadow art fair when it was nice and crowded. it was hard to look at stuff for so long, with the crowds, but i chatted up some friends and some nice vendors. my big purchases were a couple of awesome michigan stencils by coffee break design, and a bowl of vegan chips & cheeze that ended up being dinner.

also, in dang argyle news, there are things cut out and sitting on my sewing machine! it's about time to get back into some sewing action and wake up that etsy store. it's been a quiet summer for d'argyle. shhh, don't tell anyone!

there are a few art events going on around town this week. downtown ann arbor plays host to the BIG art fair from wednesday- saturday. it is quite the event, if you're into that. i'll be around town, avoiding driving, yet actually trying to get to the art fair at some point, to make a movie or something silly and fun. ;)

and this saturday, july 18, the summer shadow art fair will be happening in ypsilanti from noon to midnight. go get some good coffee! or a shadow brew.

hooray to those who make things and express themselves through creativity, and a high five to those who support local artists and handmade.

p.s. harry potter 6 comes out tomorrow! eeek. this dang gal will be going this weekend.