oh, the cyclists are out, and my lilacs are smelling up my yard something fierce. it's this lovely time of year where the weather is closer to wonderful and folks are crawling out of their winter hiding places. daylight at 8pm and folks still lined up at DQ is a sight for sore eyes! what are your favorite signs of spring?

of course spring craft fair season is another reason to love spring, and we're pretty deep into it. at this point in the game, we're already talking SUMMER fairs! exciting, and almost scary.

saturday may 1st is the spring craft market in flint, michigan. from 10-4pm, 60+ makers will be set up in downtown flint at five locations... call it a craft crawl! dang argyle will be set up at the brown sugar cafe with some other lovely vendors. to see the full vendor list check here. 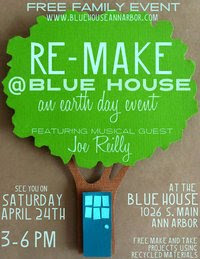 Here's a taste of what we're planning for this amazing (and FREE!) Saturday afternoon:

Come learn about all that Blue House has to offer-- we're building a handmade community right in the heart of Ann Arbor, and we'd love for you to join us!

should be a fun day. i'll be helping with the make + take projects!
-m
Posted by dang argyle at 1:22 PM No comments:

the land of craft fairs, fire, and ice

i had a lovely time vending at craft revival on saturday! it was super fun sharing a table with courtney fischer jewelry. the revival vendors had some great stuff! i treated myself to a tank top by always the forest, some scissor towels from lish magic, and some robot buttons by lmnop. a big thanks to everyone who came out on a blustery day to hang out with us! i love being a michigan crafter. it's such a great community of super awesome people, in case you didn't know. 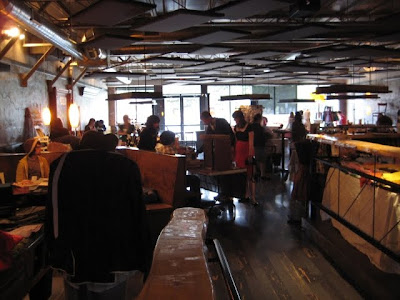 unrelatedly, this past week i've been pouring over images of iceland and the eruption of eyjafjallajokull... getting lost in memories of visiting iceland, and of the ash that is covering the land, the flooding, the farmers searching for their cattle amidst thick ash clouds. it is mesmerizing. the dang girls have been on two awesome trips to iceland together. but the first time i went was in 2000 with family, and i went to the small island of heimaey and saw eldfell, which erupted in 1973. you could walk right up it and see the heat rising up from underneath your feet as you walked. there were small "pockets" that were hot enough to melt items, like the soles of your shoes, a comb and a pop bottle- which we totally did. (i wonder where that comb is now, i know i have it somewhere.) it was so amazing to walk on this land that erupted over 25 years ago and to still feel the heat from it. and there was still a lot of evidence of the destruction all over the island. lava rock piles were everywhere, building roofs still peeking out from it in some areas. i am reminded of all this as eyjafjallajokull continues to spill her guts all over the iceland countryside. 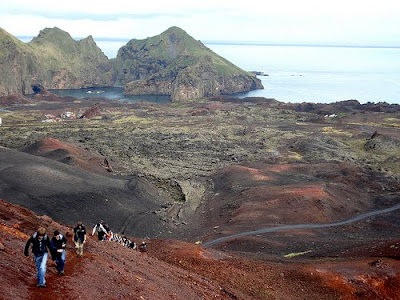 (photo of eldfell courtesy of the internet.)

Posted by dang argyle at 8:07 PM No comments: 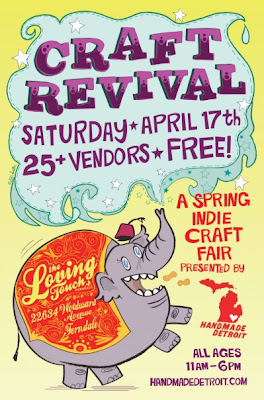 two more days til craft revival, brought to you by handmade detroit. as are all their events, it should be a fine show! this is the second year for the revival, and the first time it's at the loving touch in ferndale. on april 17th, 25+ local vendors will be in effect with all sorts of new spring things. i know i have a list of things i'm looking for.

i'll be sharing a table with a courtney. not the cortney that is half of dang argyle, but the courtney of courtney fischer jewelry. her stuff is amazing, so you better get some of her stuff before i snag it all.
see you there! 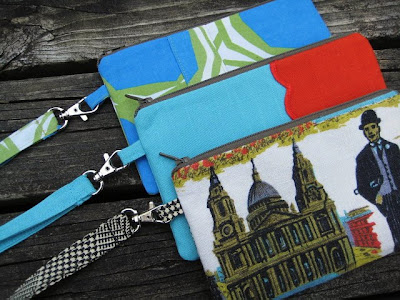 -manz
Posted by dang argyle at 7:07 PM No comments:

i was at one of my favorite thrift stores the other day, and was pleased to see they reorganized their craft supply area. i was even more pleased to find some cool stuff amidst the crazy stuff.

a vintage speedball lino cutter, with blades, original boxes, and paper work. score! the cutter was originally $2.64 at Craft Shack. it's in perfect shape to use, but since i already own a working lino cut set, i may just leave this one on my shelf. that is, unless i am cutting designs with someone, then i'd be glad to share. 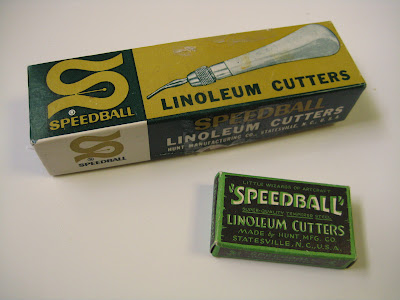 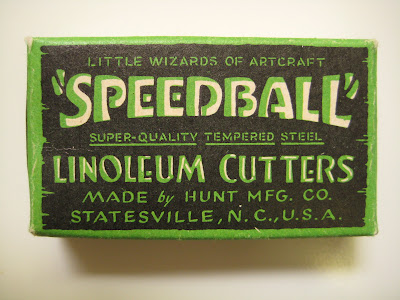 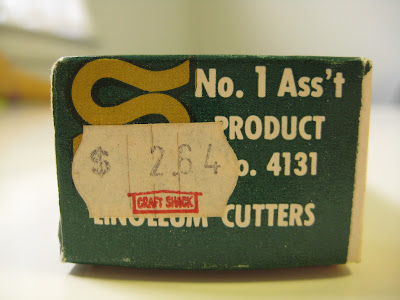 i also found this adorable fabric featuring patterns for dolls clothing. i've already cut out a couple mini keychain pouches out of it. i kind of want to make one of the clothing pieces though! 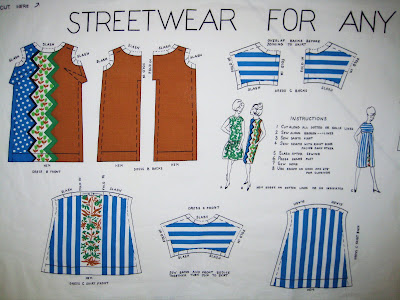 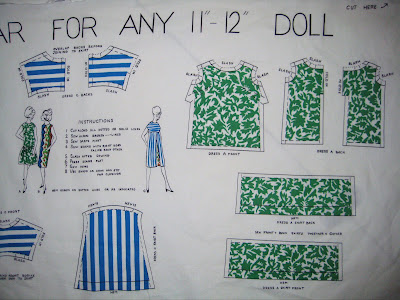 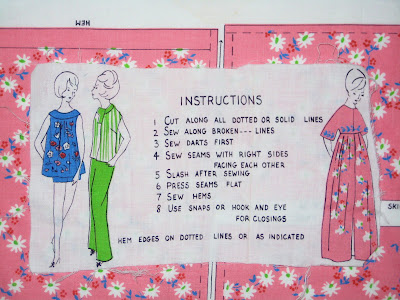 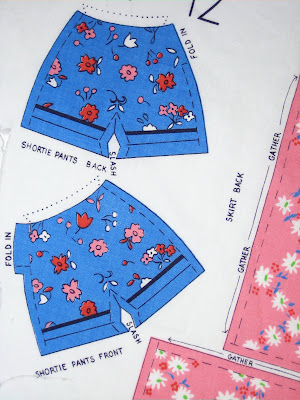 Email ThisBlogThis!Share to TwitterShare to FacebookShare to Pinterest
Labels: thrifting

april 8th marks the 20th anniversary of twin peaks. thank you david lynch and mark frost for all its zany wonderfulness. peaks = unforgetable characters, a great soundtrack, david duchovny in drag, and it's still great after all these years. if i were forced to pick a favorite character, episode, or scene i simply could not do it. it's all too wonderful to judge. i love the horne brothers greeting the icelanders and roasting marshmallows, i love (david lynch as) gordon cole falling for shelly johnson and exclaiming his socks are on fire, i love hiding under my blanket as killer bob crawls over the couch in laura palmer's house, i love pete and josie and the fish in the percolator, i love every word that comes out of agent cooper's mouth. 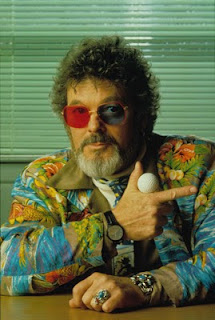 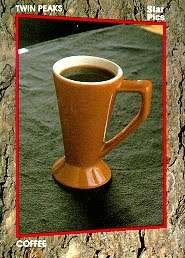 etsy has some great handmade twin peaks themed items for sale by various artists. i have this lovely print by seasprayblue hanging in my living room: 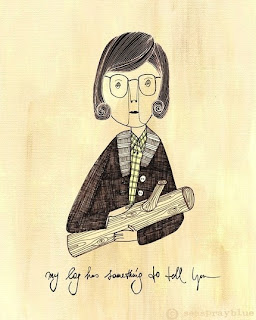 and i have this adorable piece by the great northern hanging in my kitchen. their whole shop is peaks! 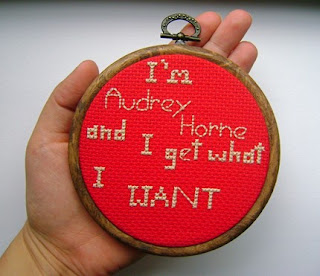 hopefully you celebrated with a damn fine cup of coffee, black as midnight on a moonless night. and pie. don't forget RR's cherry pie. 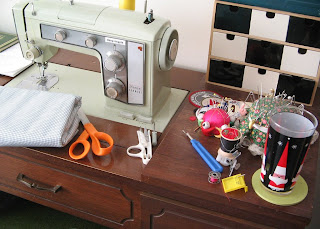 i retired irenne, the mean green sewing machine, in december 2006 when it finally bit the dust. after a zillion jams, broken needles and oil spits, she went on her merry way and i replaced her with a viking. i inherited the machine, a kenmore model #158.16012 made around 1970-1971, from my grandma irenne (better known as grandma nanny.) so it made sense to replace the german grams with the icelandic grams. it's funny to ME anyway. :)

i found out last week that she has a local twin! i was at blue house ann arbor, teaching a basic sewing class, and low and behold there she was, as though irenne had been resurrected. what are the chances that i'd know the exact machine that BHAA owner siobhan inherited from her own grandmother? sure, a lot of us start on hand-me-down machines, but i, lover of nostalgia and coincidence, think it's more than that. sadly, i couldn't get the feed dog set up correctly on irenne's twin, a button is stuck, so i couldn't get the machine in proper working order.
-m
Posted by dang argyle at 11:59 AM No comments: