upcoming craft fairs in the mitten

even though dang argyle won't be participating in any shows in the next couple months, there some great local craft fairs on the horizon! if you're itching to get your DIY shopping fix on, or want a crafty venue to hang out with your pals with perhaps a beverage, check these out: 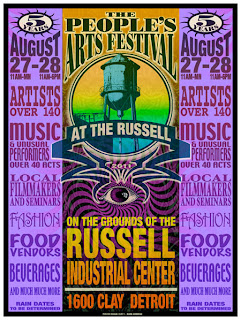 september 16-18: DIY street fair: ferndale, MI
an outdoor show with many artists, live music, a beer garden, food, and a kid zone. this show is a super fun time! 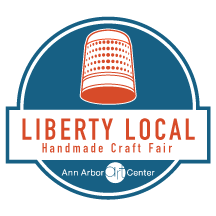 october 8-9: liberty local, ann arbor art center, ann arbor, MI
a new show (and in my neck of the woods!) in the heart of downtown, with 30+ local indie makers. 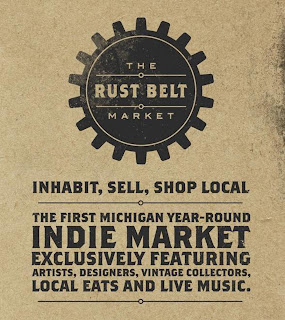 don't forget about the rust belt market!
it happens EVERY saturday & sunday, year-around in ferndale, MI.
there are permanent vendors, and a crew of rotating vendors. this vibrant space is something to see! if you haven't been yet, make a plan.
Posted by dang argyle at 3:15 PM No comments:

i had a great time at DIYpsi last weekend at woodruff's bar in ypsilanti. there was something really relaxing about the whole thing. it was wonderfully organized by marcy, sherri and cre, which was apparent in every way. as always, i loved getting to see some of my favorite crafty peeps. as for the venue: how pretty are the colorful banners that were strewn throughout the place? it added some nice color to the warmth of the brick walls. 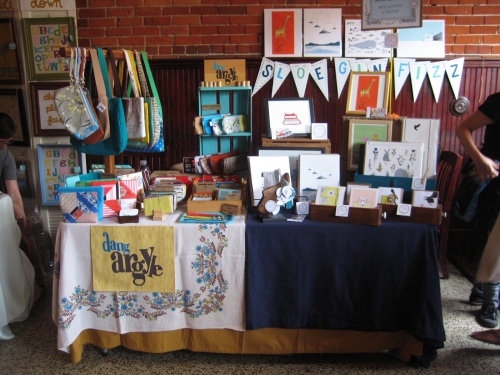 every vendor shared a table, which allowed for a larger sampling of artists in a small space. i shared a table with the always fabulous nicole of sloe gin fizz. 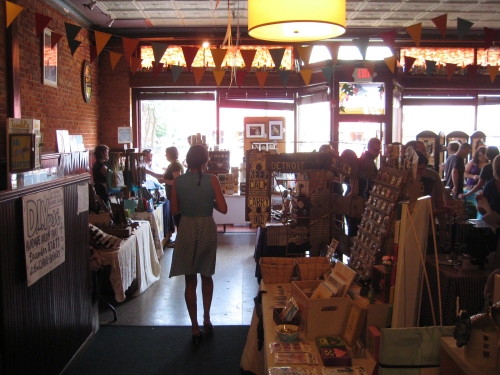 while at the fair i treated myself to some wonderful earrings by vintage in retrospect. the artist creates treasures from vintage license plates! i look forward to getting more earrings by her.

this was dang argyle's last show for a while! i have nothing coming up in the next few months, even though there are a bunch of art and craft fairs coming up.

in the meantime, i'll continue to update the etsy shop with some new goodies! check it out, much newness has arrived.
Posted by dang argyle at 10:38 AM No comments:

crafter cards for you

i was delighted to be given the complete family sewing book... a practical and enjoyable approach to fashion, from 1979. it was rescued from the recycling bin and handed to me "because i sew." this book is a true gem. it's 500 yellowing pages with pink and blue illustrations of sewing and craft supplies. the illustrations are great, and the words are almost just as great, so i decided to cut it up and create cards out of it. for the cards i used french paper, a michigan paper company. here's a peek of the few i've been making. 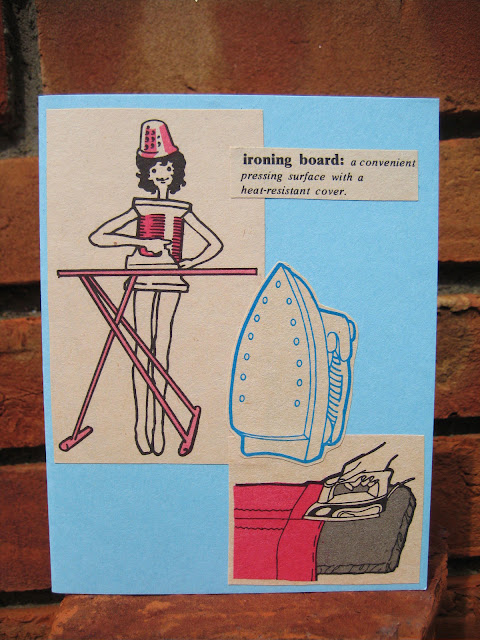 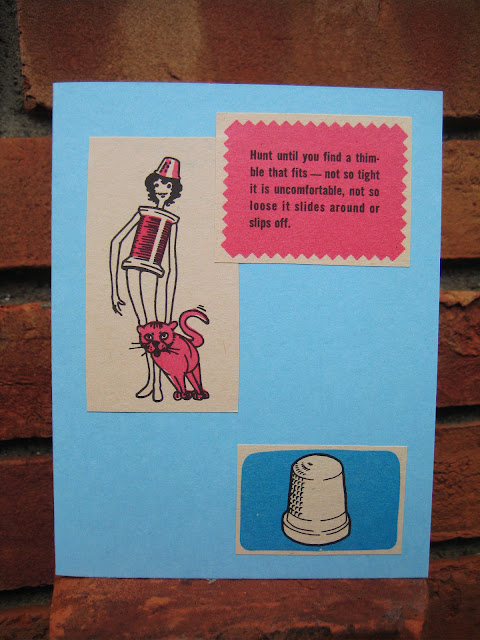 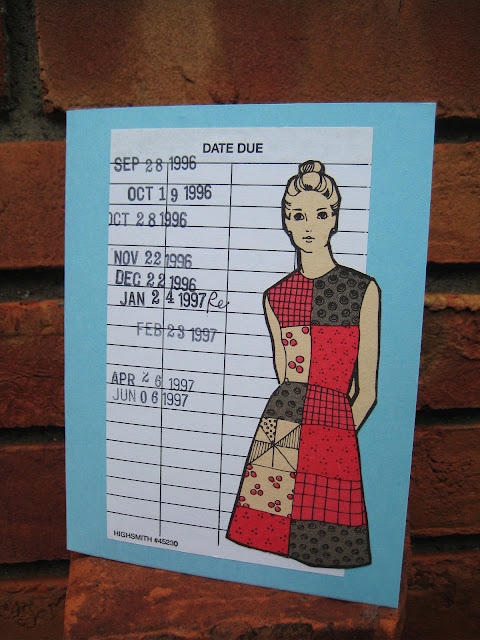 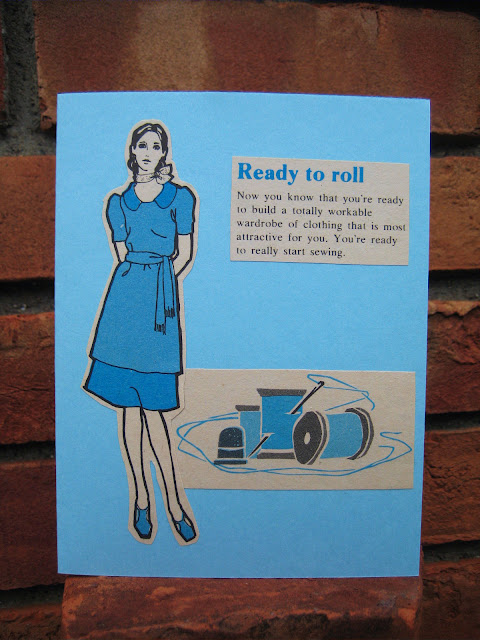 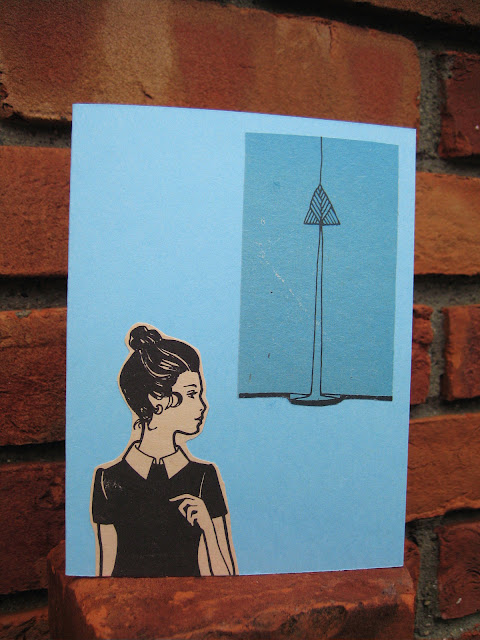 i'll have many crafter cards, and newly sewn bags and pouches for the upcoming DIYpsi. all the fun happens in ypsi next saturday, august 13. there will be 35 hip indie vendors selling some great handmade stuff. i hear there will also be some great vintage clothing set up outside! it's at woodruff's again, so the atmosphere is sure to be lively! 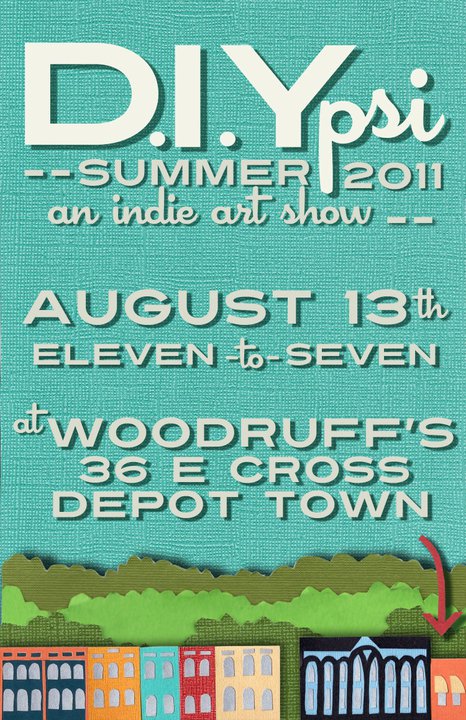 Posted by dang argyle at 1:34 PM No comments:

last weekend i had the honor and pleasure of participating in the 2nd maker faire detroit as part of handmade detroit's craft faire! maker faire is the midwest's largest DIY fair, celebrating making of all kinds, and it was amazing to see craft added to make. thank you to everyone who came out!

all weekend i was amazed at the juxtaposition of me at a craft fair in the henry ford museum, chilling next to the wienermobile, next to stormtroopers, next to henry ford's tractors, with etsy, many crafters, a needle arts zone, and live craft demos happening all day. all of this was going on while outside there was electronics and robotics in action with hackerspaces, a fire-breathing dragon, a fire-spitting little pony, a cupcake car, life size mousetrap game, experiments, and music... to say the least. it's hard to sum up! here are some of my favorite photos of the day. 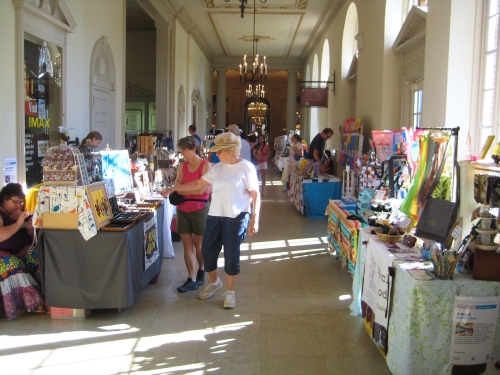 day 1 we were set up in a long hallway inside the museum. 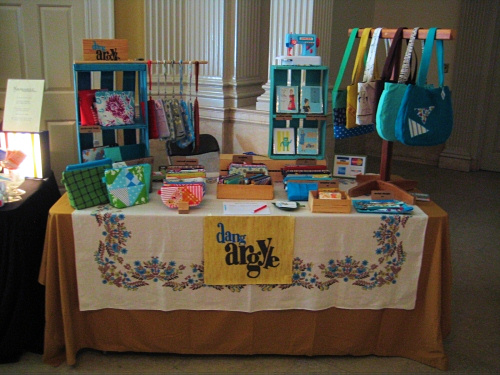 the dang table on day 1. 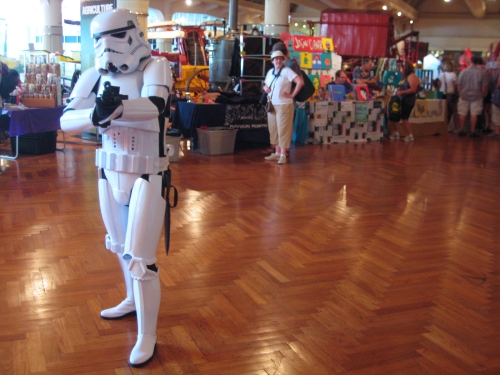 day 2 the craft faire moved into the main part of the museum with the rest of the the fabulous craft stuff going on. great lakes garrison was also set up there with their stormtroopers! it was totally fun watching them all day. 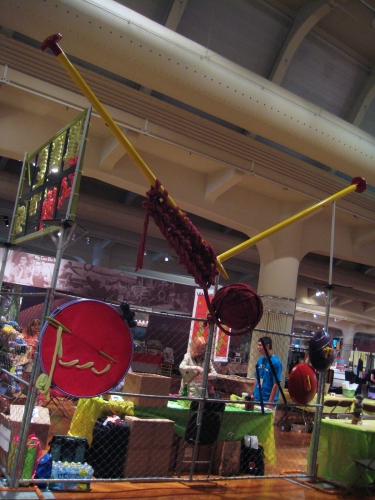 the giant needles, yarn and embroidery hoop are part of the needle arts zone that was set up. people were instructing and learning how to knit, etc. 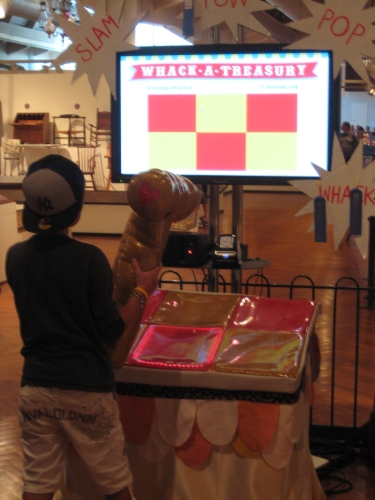 etsy also had a booth there, featuring local teams. here we have whack-a-treasury in action. 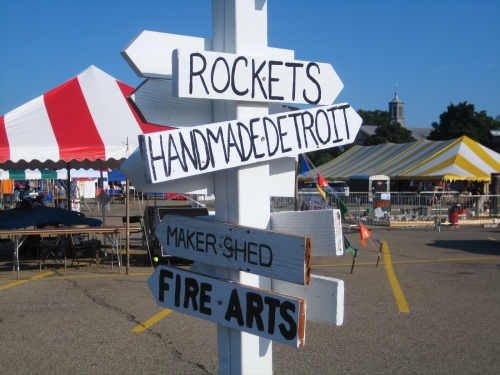 on day 2 i had a few moments before we opened to venture outside finally, to see what the heck was going on. things were still and folks were setting up, but boy was there some neato stuff! 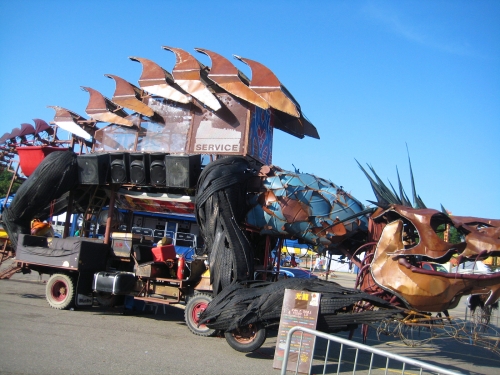 needless to say, it was quite a welcome overdose of crafting and making. as always, it was great to see my crafty buds and to meet new people and make new connections.
for more photos (i took a lot!) check them out on our facebook page. the handmade gift guide also has some great write-ups on the event here and  here. and HD's own lish has a nifty blog post over at craft.


as for purchases, i made some trades for a great pair of copper earrings from sparklegarden, and a beautiful wrist cuff from courtney fischer jewelry.
Posted by dang argyle at 9:58 PM No comments: