fun things that start with F

the ann arbor film festival! this year was extra special because it was the 50th anniversary of america's oldest experimental film festival. i went several times, as per usual. it's held at the historic michigan theater, and opening night is always quite the event. 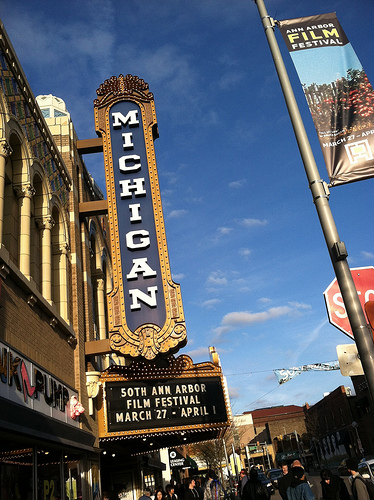 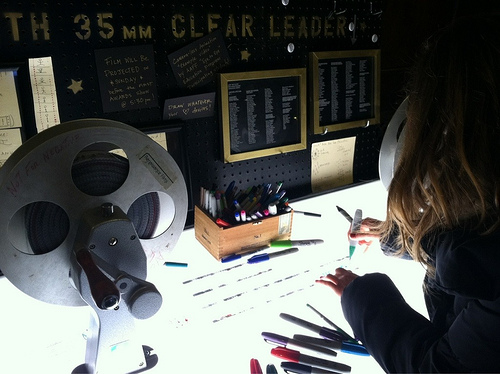 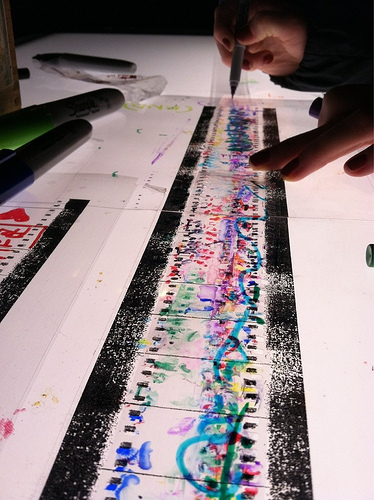 foolmoon! in its second year, this evening event is the friday before festifools, and happens downtown. folks build luminaries during the month leading up to it. the night of the event, they start parading from one of three "constellation points" and meet up downtown for a night of music and drinks and dancing and LUMINARIES. 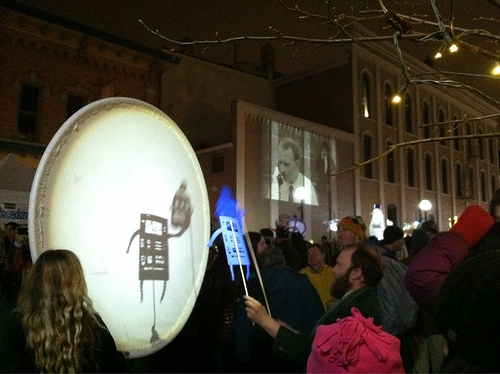 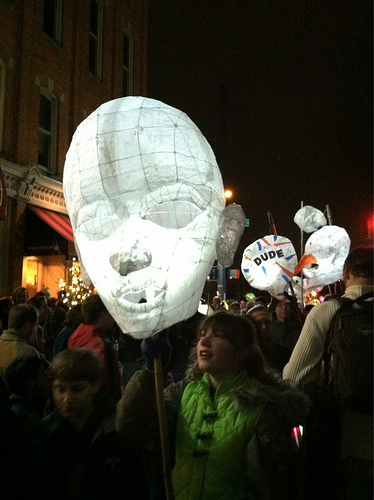 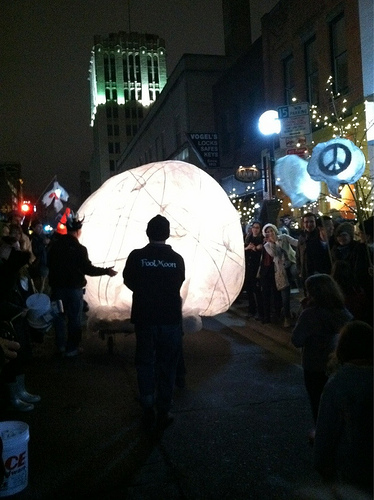 Festifools! this was the 6th annual parade, which happens the first sunday in april. it's a raucus event filled with foolishness and GIANT puppets that parade down main st. everyone is invited to participate. this was my 4th year leading a bunch of robots in the parade. 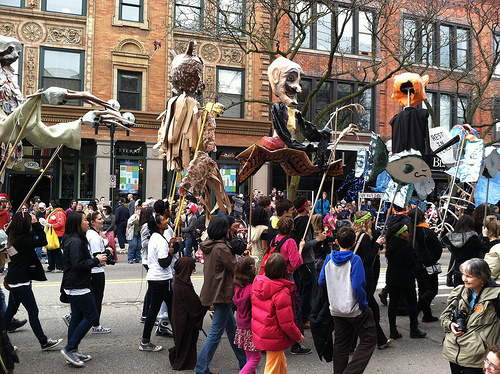 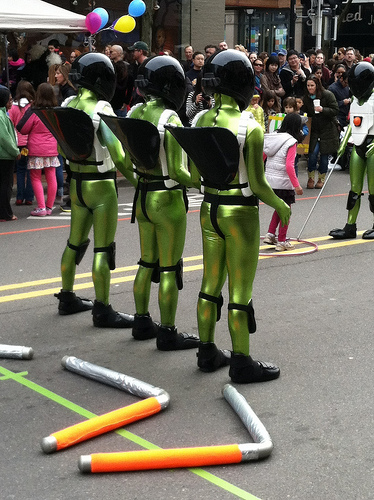 it is entirely too much fun having such great events happening in town!
and all in the same week!
Posted by dang argyle at 12:46 PM No comments: