i've been working like a mad woman making new things for the upcoming detroit urban craft fair and DIYpsi, both of which i'm super excited for. here's a sneak peek: 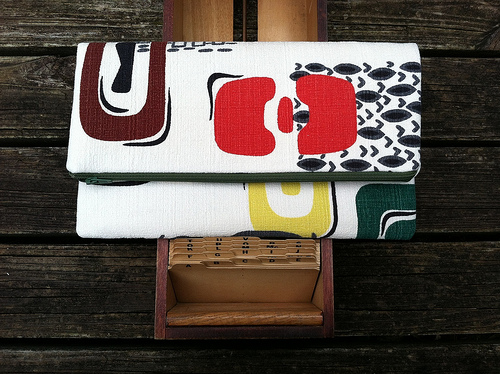 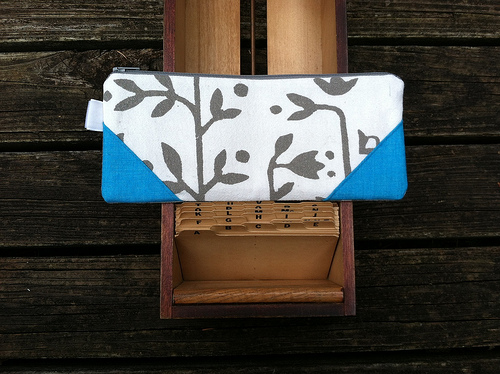 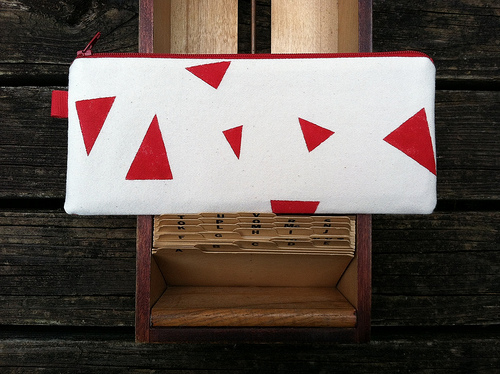 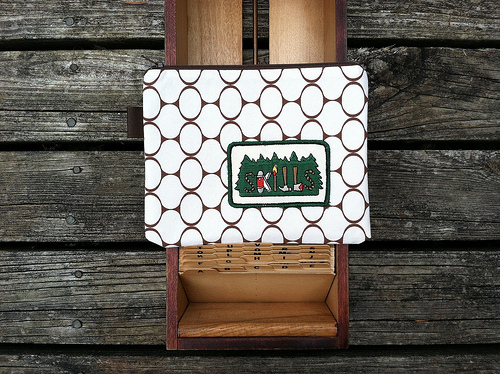 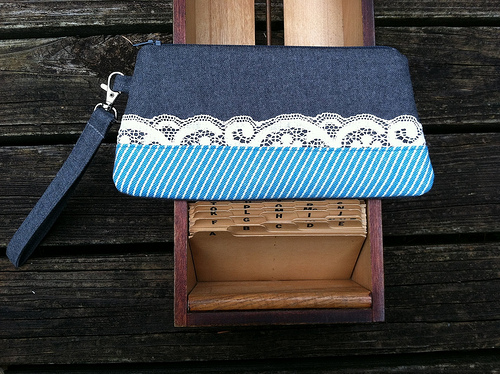 Posted by dang argyle at 1:18 PM No comments: 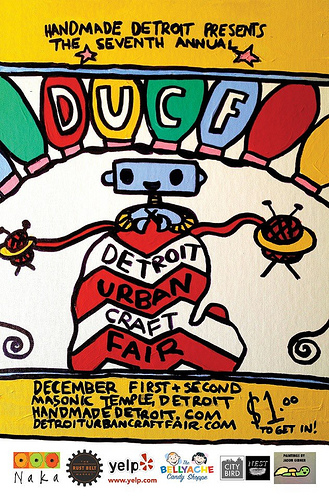 the detroit urban craft fair, or DUCF, as we like to call it, is in just TWO WEEKS!

check out the full vendor list so you can keep tabs on which artists to look for the weekend of the show. you'll find some your favorites and some new folks, too.

i'm busy making all sorts of new goodies for the show...
see you there!
Posted by dang argyle at 12:50 PM No comments: 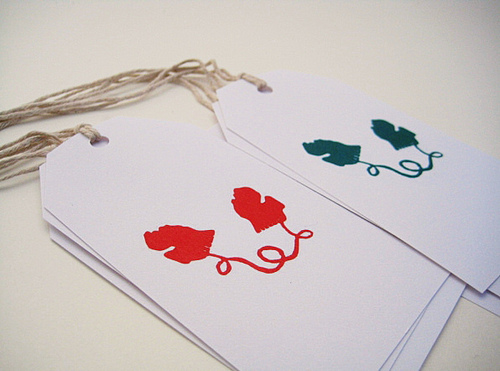 michigan mittens gift tags are now in the dang shop for the season! they're a cute bit of whimsical michigan pride that would look great on any package this holiday season.

you'll also find these cuties at DUCF and DIYpsi in december!

leading up to mid-october my brain went a little twin peaks crazy, and for good reason. i hosted a twin peaks themed costume party and i went crazy with the small details. i mean, if you're going to host a twin peaks party you may as well host a twin peaks party! i've had it in my system to be the log lady for halloween for several years now, and i figured why not do it up?! i ended up dressing as nadine the cheerleader though. 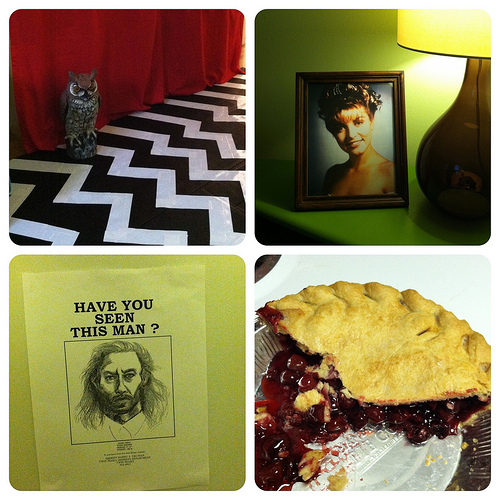 i created the red room of black lodge fame using thrifted curtains i altered to fit the space, and a floor made of cardboard, spray paint and duct tape. i can't believe i found four red curtain panels a week before the party, and at $5.99! i love the way it turned out. in fact, i kept it up for a few weeks. the owl came from my parent's summer cottage. laura and bob needed to be present, of course. and PIE. mass quantities of pie and donuts, and dang it, there were! we feasted on vegan cherry pie, and a pumpkin pie. i actually made donuts for the first time! i bought a few dozen regular donuts, and then made some vegan ones that turned out pretty well and were scarfed down by a couple dr. jacobys, a few lelands, audrey, a couple nadines, leo, bob, blackie, pete, lucy, andy, and the log lady. i was super jazzed that 99% of my guests came in costume, even if they knew nothing about the show. shockingly, NO ONE came dressed as agent cooper.


did i mention that there was also coffee a brewing? and we sipped on cherry pie in the sky cocktails and japanese owl beer. the cocktails were a bit sweet, but super yum. a chicago friend was supposed to come into town for the party, but had to miss it, so she sent flowers instead. if you look closely you'll notice that the flowers are actually an interpretation of laura palmer dead wrapped in plastic. pretty genius, right?! 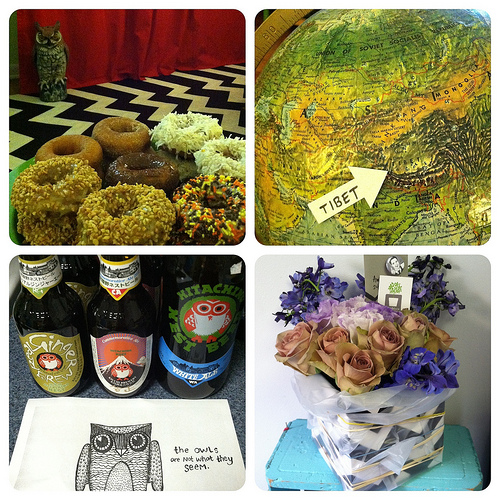 you could say that i finally got it all out of my system... but it kind of makes me want to do it all over again.
Posted by dang argyle at 12:22 PM No comments: