this past week i spent some time in new jersey and lots of time in manhattan - my 3rd time traveling out there this year! i traveled with a crew of 18! one of our many stops was liberty island to see the statue of liberty, and it was really cool! my first time seeing it. i really liked ferry ride and the unique views of the city. 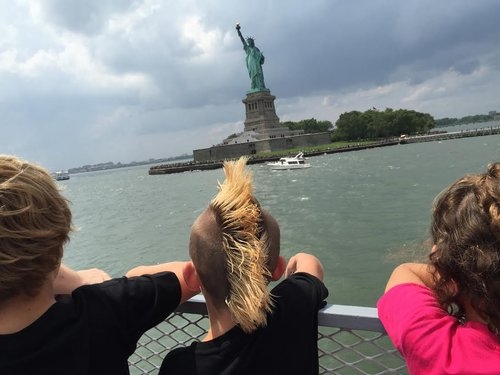 this past christmas i received three cookbooks and halfway through the year they are still the three i go to when i am looking for something new to make! i've enjoyed what i've made from these books, and there are many quaility recipes to choose from. i highly recommend these titles! 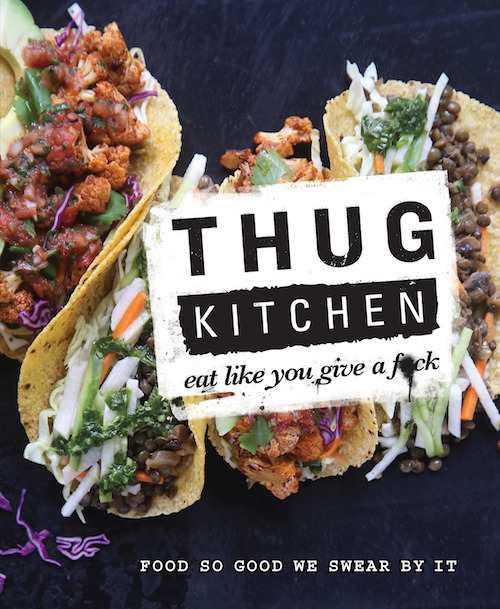 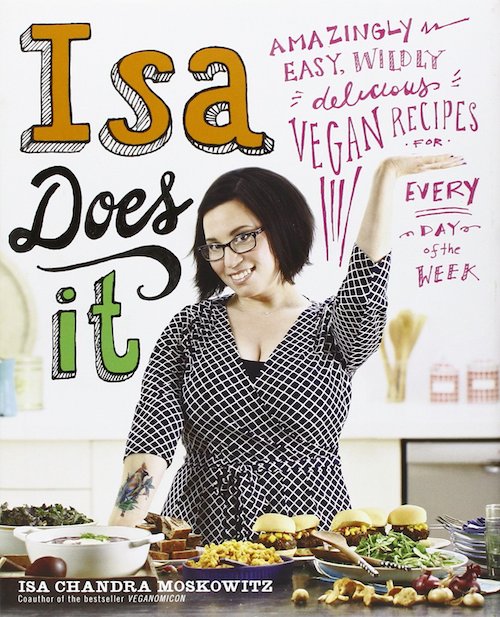 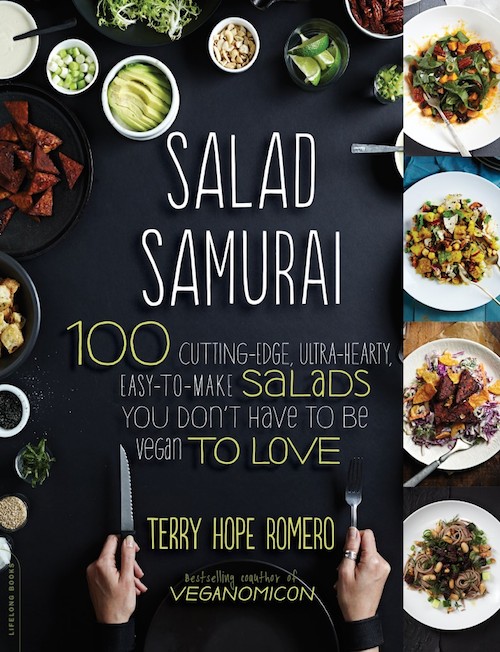 Posted by dang argyle at 9:00 AM No comments:

last weekend was the 3rd annual craft-a-way camp and it was another fabulous year! craft-a-way camp is the brainchild of amy and ethan of small craft and they do a tremendous job of pulling this whole thing off. this year we had a full day of rain the first day and they quickly adapted and set up the workshops in our cabin. that same night the sky cleared and was followed by the most fabulous sunset. this made way for our annual sing-along campfire featuring 90s tunes, small instruments, and vegan s'mores! add in running around a field with sparklers and you've got the perfect summer night.

during our two straight days of crafting we attended workshops taught by amy cronkite, ethan cronkite, marcy davy, courtney fischer, and val willer. at the workshops we made stud earrings, made lanyards (out of gimp?!),  made macrame plant holders, did some weaving using things found in nature, dyed scarves with indigo, and screen printed banners. that's a lot of awesome crafting! there was barely any downtime as we found ourselves making lanyards and wrapping sticks with yarn when we weren't at workshops. there was some serious crafting going on! we also went on a beautiful hike with ethan leading the way teaching us about the surrounding natural area.

it was wonderful to spend two full days relaxing, screen-free in the woods creating with such a super group of people. we had a good mix of returning campers and new campers and we seriously laughed and had fun the entire time. craft-a-way camp holds a certain magic to it and it's hard to put into words. all i know is that i'm still in craft camp hangover bliss mode and i can't wait to do it again next year! 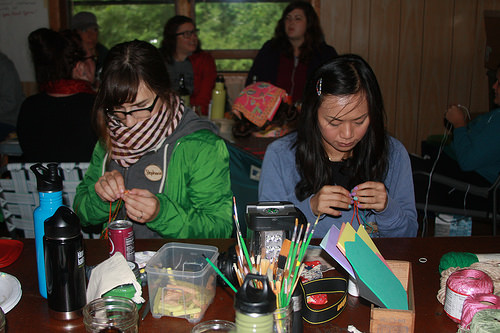 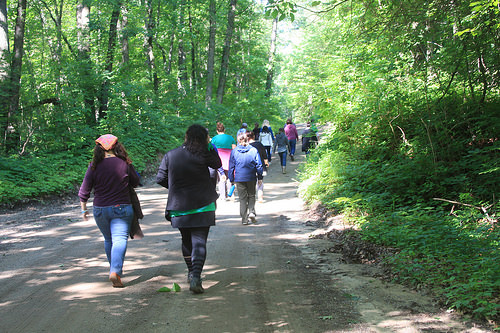 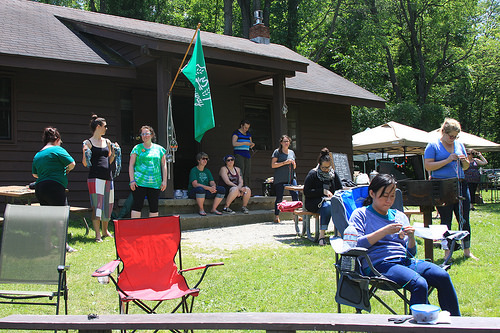 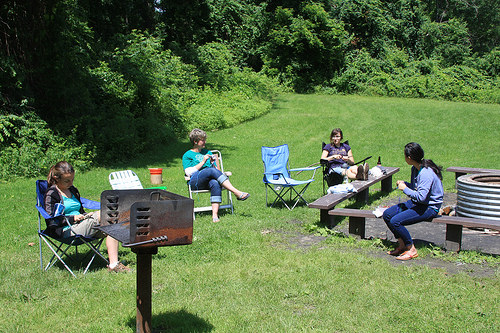 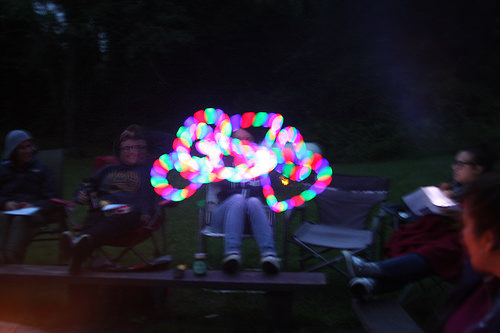 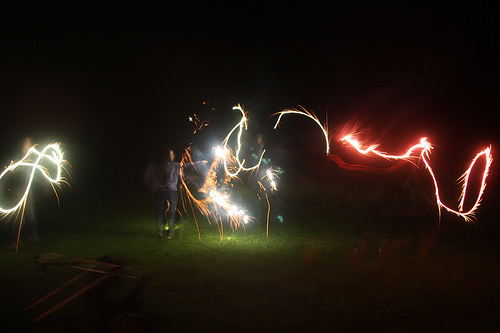 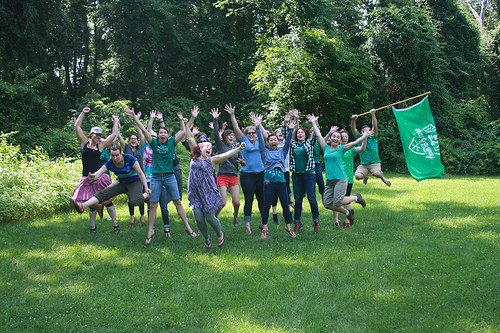 be sure to read small craft's write-up and view the full photo gallery!

Posted by dang argyle at 8:00 AM No comments: 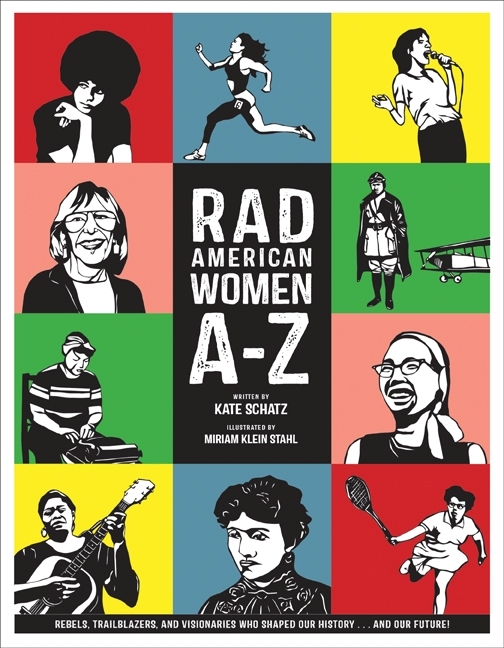 written by kate schatz and illustrated by miriam klein stahl, rad american women shares the stories of 26 women who made a big impact on our nation. every single one of them changed america in some way. alphabetically, the book features billie jean king, patti smith, zora neale hurston, and more. and you can download images from the book! this book is fabulous and would make a great addition to your book collection.
Posted by dang argyle at 5:43 PM No comments: